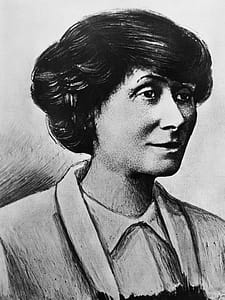 Julia Wallace (née Dennis) remains somewhat of an enigma to this day. Curiously, the earliest authors had her maiden name as “Thorp”, but Yseult Bridges first made the claim that this was wrong and that Julia’s maiden name was in fact Dennis.

Although in the following biography I will roll with what all of the researchers have claimed, I would not like to say with 110% certainty that they have the right Julia. There are two reasons for this. The first is that at the time of her death, she was “just starting to turn grey”, which is quite bizarre for a woman aged 69 (which the Julia described by modern researchers would be)… Second of all, in the police report on Wallace’s character, she is listed as having lived at 157 Belmont Avenue, Harrogate – not 11 St Mary’s Avenue, and having worked as a Lady’s Maid rather than a governess…

For this to be a mix up it would indeed take some utterly insane coincidences of identical names (etc.) such as on the marriage certificate which was uncovered, but that should be mentioned.

Anyhow, what we do know of Julia – if many modern researchers such as James Murphy and John Gannon are correct – is that she had faked her age and background. Her father became veterinary surgeon William George Dennis, and her mother Aimée Dennis of French origin… But Julia was in fact the daughter of a farming family, her mother’s true name was Anne, and she was 17 years older than she had led many to believe.

Tragically she was orphaned at just 14 years of age, and at the time of her marriage to William she had just three surviving siblings: Rhoda, Amy, and William George Dennis – her other three siblings having died.

Having been raised to be a governess, much of her employed life revolved around this career path. The role of a governess is much like a nanny, except instead of caring physically for the children, they are expected to cater to their educational needs. With Julia’s wide array of talents she was certainly well suited for this role… Indeed, her talents were many, especially in the arts: The parlour of her home was adorned with watercolour paintings she had created, she was a singer and talented pianist, and could speak French fluently. She enjoyed the countryside, and many of her paintings were made in the countryside of Harrogate among friends who shared her passion for art.

Back in her days in Harrogate, it is known that she would often perform at concerts or play piano accompaniements for her friends when they would perform, and would have friends over to listen to her play. A practice which apparently she maintained, since William and Julia would often serenade visitors with music – Wallace an amateur on the violin, and Julia quite the expert on piano.

In contrast to her husband William (who was more of an agnostic), Julia was religious, being active in the local churches including at the local parish near 29 Wolverton Street, and taking part in parochial affairs.

In terms of personality there are a range of differing first hand accounts. Many say that she was a kind but rather shy and timid woman. Others – including a couple of ex-Prudential workers – claim that she was a prideful and peculiar woman, dirty in her habits, who felt she had lowered herself by marrying an insurance agent… Although some of these people seem to have a strong dislike for the woman (especially Alfred Mather), in general it appears that she had no enemies and was well liked by those who knew her.

One report from a Prudential worker claimed that at one particular Prudential work function Julia had attended with William, the pair had been very much reserved and shy, keeping mostly to themselves.

After marrying William and moving to Wolverton Street, it appears her social life had dried up somewhat. Stories from those who knew her claim that after church service was over she would stay and have a chat for a little while, before hurrying back home. Another acquaintance said that Julia was kept under lock and key by William… While sharing a cup of tea with friends she was visiting, she would sometimes rush home to be there before William got back.

28/04/1861: Julia Wallace is born to parents William George Dennis and Anne Teresa Dennis (née Smith). At this time she has one sibling Annie Maria, born 1860. 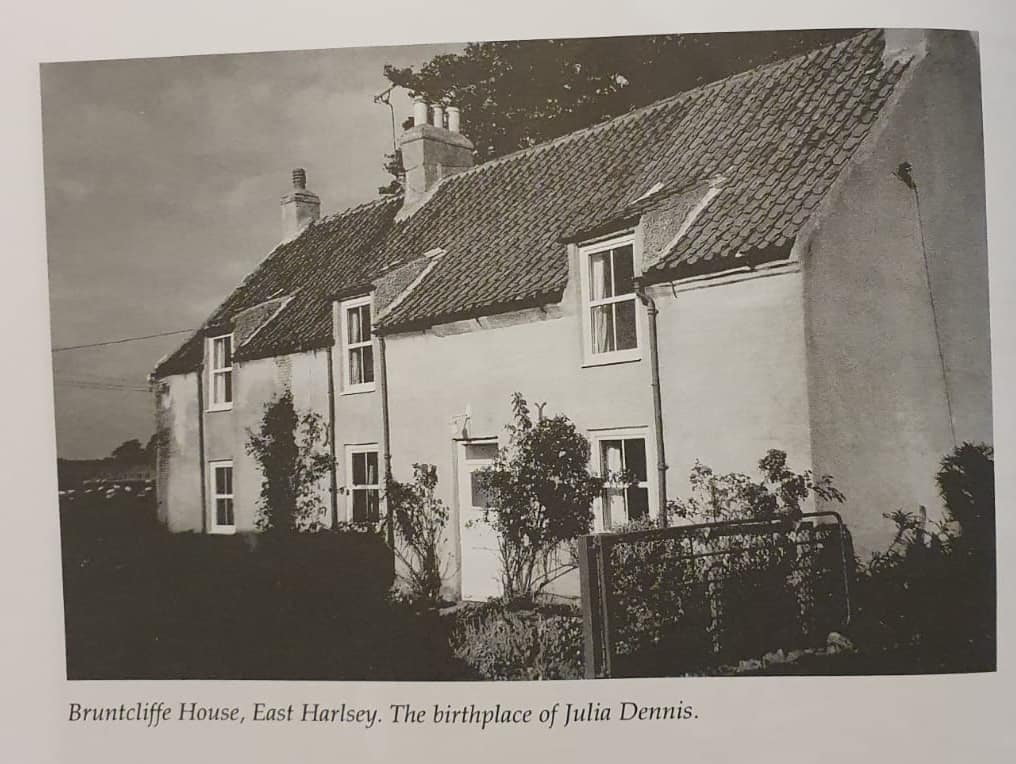 1881: Julia takes up a position as assistant governess at Keswick house Ladies School, Keswick Road, Wandsworth, London. This was also the residence of a Mr. Robert Smith and his wife Charlotte Smith, who was also a governess.

Julia and Charlotte Smith took care of three of the Smith’s children: Maude, Matilda, and Rose, as well as three boarders.

Seemingly Keswick House as it appears today, functioning as a nursery school.

1892: Julia’s grandmother (on her father’s side) Ann Dennis dies. The lease for a property she owned known as the Black Horse Inn, East Rounton, North Yorkshire, was then assigned to her grandchildren. Presumably this would have included Julia and all of her living siblings.

182 Stroud Road. Julia lived in a flat above the pharmacy.

By 1908: Julia had returned to Yorkshire and was living at 5 Dragon Parade, Harrogate. Julia’s grandnephew Douglas Birch, states that his mother (12 years old at the time) Annie Teresa had gone to live with Julia. The two were close and Annie stayed with Julia until 1910.

April 1911: Julia moves to 11 St Mary’s Avenue, Harrogate, North Yorkshire. It is while living here that she will meet her future husband William Herbert Wallace, who is residing just two streets away at 9 Belmont Road.

1911: Census is taken. Julia is listed as “Miss Dennis” on one, and, seemingly, as “Jane Dennis” with a fraudulent age on the other. This is an assumption as I have not been able to verify whether there is in fact a real “Jane Dennis”.

It is strange, then, that she used this fake moniker considering she put her true name on the Burgess Roll, which she signed regularly. It appears as Julia Dennis in 1911 and 1912, is absent in 1913, and is signed simply “Wallace” in 1914 without any first name.

24/03/1914: Julia marries William Herbert Wallace. Julia now has just three living siblings: Amy, Rhoda, and George Smith Dennis. William moved with his father out of their home at Belmont Road and in with Julia.

As can be seen, none of Julia’s living relatives are seen on the paper, and her father is listed as a veterinary surgeon although he was in fact a farmer and innkeeper (I can find no evidence of veterinary work). Instead it is signed by Wallace’s sister Jessie, and Wallace’s best man J.S. (John Smith) Allanson, a neighbour who lived a couple of doors down from Julia at 15 St Mary’s Avenue.

The church was a temporary church known as the “Tin Tabernacle” by locals.

Early Part of World War One (started 28th July 1914): Julia’s husband William attempts and fails six times to join the army, owing to his single kidney. Because of this, he instead took a position as an insurance agent with the Prudential, where he would collect in the Clubmoor district of Liverpool (a position he maintained until Julia’s death).

July 1915: Just a couple of months after moving to 26 Pennsylvania Road, Julia and William move into 29 Wolverton Street, the residence they would remain at for the rest of Julia’s life.

Julia’s age is listed as “about 52”, and her cause of death reads:

“Fracture of the skull caused with an unknown instrument.
That the court of criminal appeal allowed the appeal of William Herbert Wallace against his conviction for the murder of Julia Wallace and quashed [illegible] conviction.”

Judging by this, the death certificate was written after Wallace’s successful appeal.

Julia’s movements through England in order.

Julia spent most of her life in Yorkshire, but twice moved to London – so she would most likely have a Yorkshire accent. William spent almost all of his life in Cumbria and would therefore probably have had a Cumbrian accent. It would seem neither would have had a local Liverpool accent since they moved there late in life.

It has been said quite often that Julia would have loathed being in Liverpool given her love of the countryside where she would gain inspiration for her paintings, but since we can see she spent many years in the concrete jungle that is London, it is not certain.

This entry was posted in General. Bookmark the permalink.