This page contains the details and location of blood markings found in and around the crime scene. 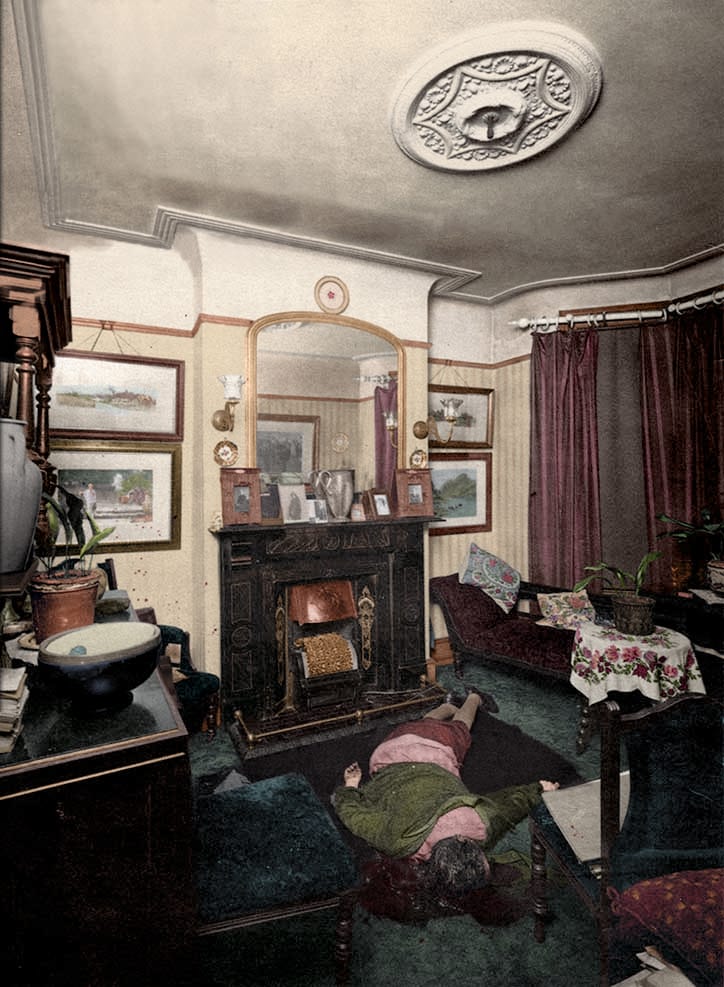 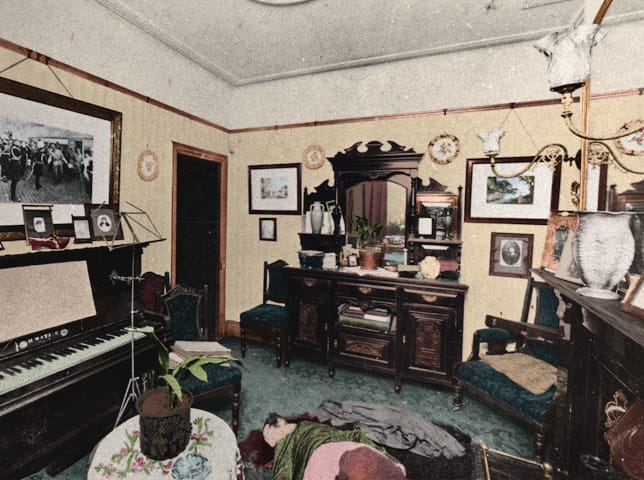 The room in which the body was found.

Pieces of bone by the edge of the hearth rug towards the door on which the head was lying.

Slight blood staining of the hands, nothing under the fingernails.

Large number of typical blood splash marks in a circle from the side of the sideboard (the side by the armchair upon which rests the violin case).

Two “soda water bottle” style blood marks: One in the space at the back of the armchair, one just above the violin case. The violin case rests upon the arms of this armchair. Described by the judge: “One just above the arm of the chair and one in ‘that’ little gap”. Two small blood splashes on the picture above.

Two blood splashes above the sideboard – not visible in photos – their direction going towards the picture on the wall.

There are more than two splashes on the wall, there are more behind. The direction is from in front of the sideboard a little going round the corner. Referencing photograph No. 6, quite definitely under the picture, there the marks are round.