In reply to your letter of the 20th instant, Mr. Harrison of my Department has this matter in hand and has already seen your Inspector on the matter. 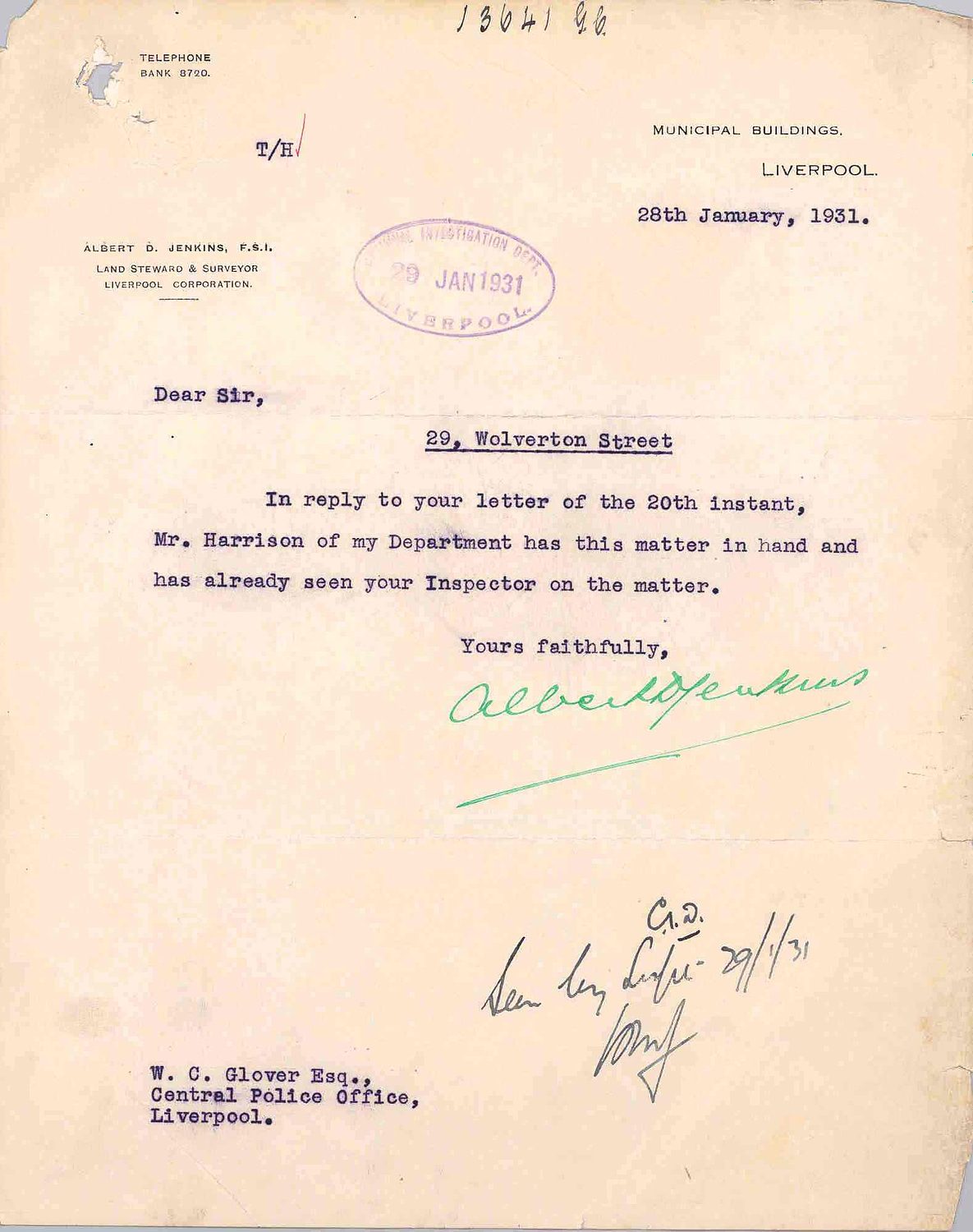 I am a Surveyor in the Land Steward and Surveyor’s Depr., Liverpool Corporation.

I have made a Survey of the Dwelling house No. 29, Wolverton Street and the immediate vicinity, from which I have prepared the plans, produced. I am a Surveyor of the Liverpool Corporation in the Department of the Land Steward and Surveyor.

I have taken certain measurements in the house 29 Wolverton Street. The shelf on the top left hand side of the fireplace in the kitchen is 7 feet 2 and a half inches from the floor.

The gas bracket in the bathroom is 6 feet and one half inches from the floor.

The height of the ceiling in the sitting room is 9 feet 4 and a half inches.

The distance from 29 Wolverton St. to St. Margaret’s Church tram stop at the corner of Belmont Rd. and Rocky Lane is 605 yards. The distance between that tram stop & the tram stop at Lodge Lane (Smithdown Lane corner) is 1.7 miles.

RE-EXAMINED :- There is a nearer tram stop to the house 29 Wolverton St. than the St. Margarets Church stop. It is in Belmont Rd. near the junction of Castlewood Rd. and Belmont Rd. This stop is 375 yards from the house and is on the same tram route.