Click on an image to view in full size. 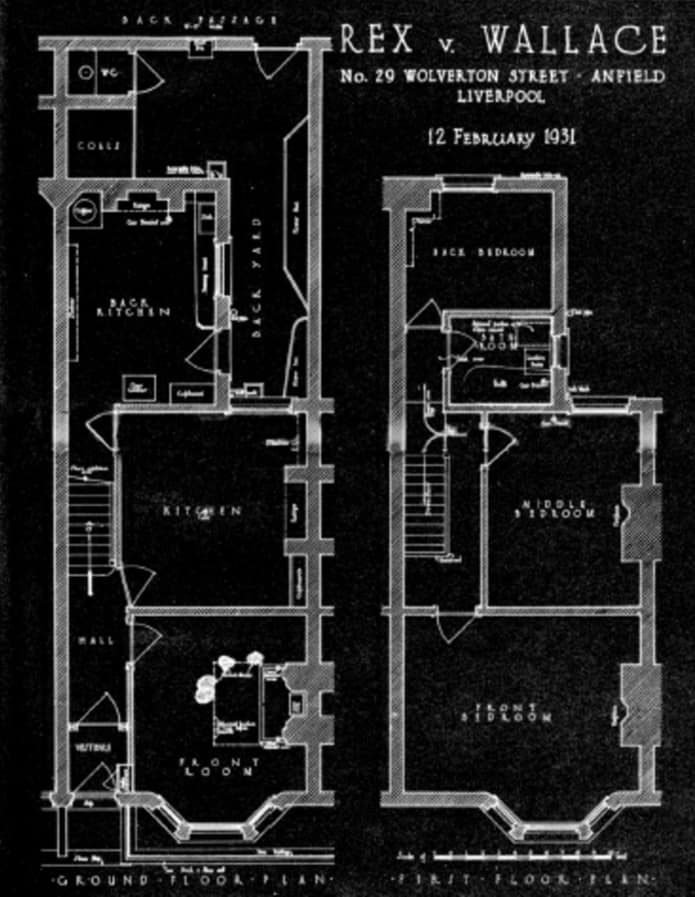 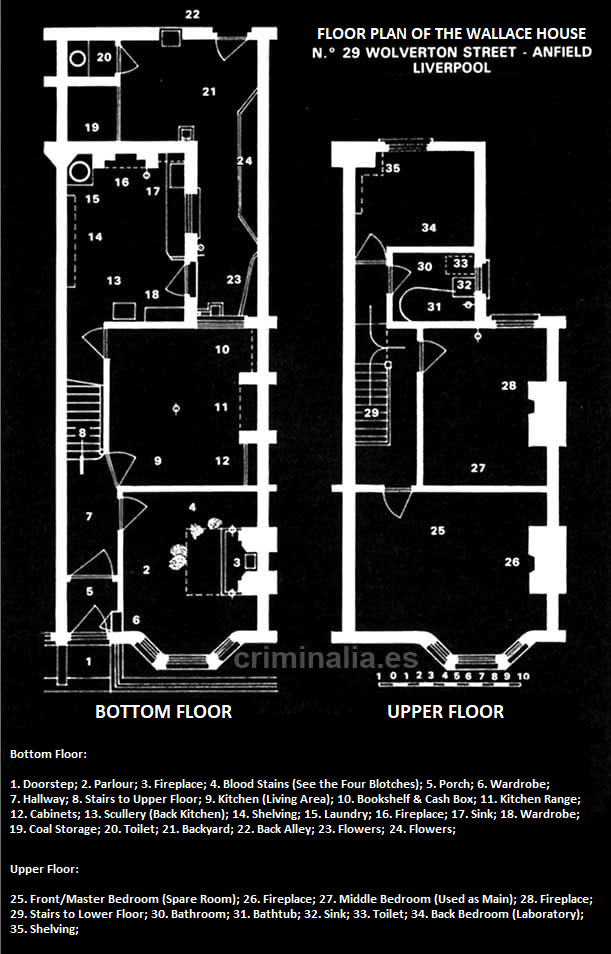 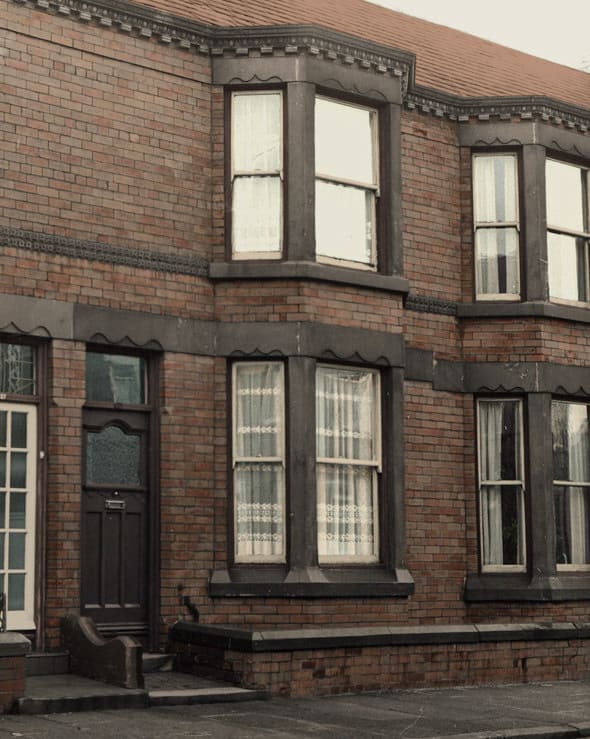 The front of 29 Wolverton Street (the black door). The house on the left belongs to the Holmes family at number 27, and on the right is the Johnston’s home, number 31.

29 Wolverton Street: The Kitchen – which functioned as the main living room (Circled: The Prudential cash box).

View from the yard leading to the back door into the scullery (back kitchen). The window looks into the “living kitchen” where the cash box is.

On the left you see a little bit of the dustbin, and further to the left out of sight is the outhouse.

A detective in the entry at the Wallace house’s back yard door. The door to the left leads into the Johnston’s yard.

Circled: A single blood clot (I have been told to disregard this by forensics).

Anfield 1627: The phone box from which the “Qualtrough” call was made. This phone box was a two minute walk from Wallace’s home.

Following are photos of Wolverton Street including crime scene photos.

Back gate from the yard:

Middle kitchen window from the yard:

Forensics expert McFall believed Julia was sitting perched on the front of the armchair to the left of the fireplace (the chair on which the violin case is laid across the armrests). He said he believes she was sitting forward with her head turned slightly to the left – as though in conversation – when she was first struck.

During questioning from Roland Oliver K.C. (Wallace’s defence), he admitted it is also possible Julia was bending down to light the fireplace when first struck.

I should point out that the metal stand in front of the piano is a violin stand, and the violin case is across the arms of the armchair as seen here:

Same photo, different quality. The cash box is circled in red on the first photo.

Following are photos from Cottle’s City Café, where the Qualtrough phone call was received. According to waitress Gladys Harley, the café could expect to receive about 100 visitors per day.

The telephone number of the Café (Bank 3581) can be seen inscribed on the window to the right of the noticeboard.

Noticeboard (on which the chess schedule was pinned):

Chess schedule (pinned to the noticeboard in Cottle’s City Café):

Following are images of the phone box (Anfield 1627) from which the Qualtrough call was made, as well as other noteworthy locations.

Includes the route Wallace took to the tram stops, and markings which correspond to the following contemporary photos.

John Parkes claims Richard “Gordon” Parry came here on the night of the murder requesting his car be hosed down inside and out. Parkes claims he found a blood-soaked mitten in the glove compartment of the car (to which Gordon responded “if the police found that, that would hang me”), and that Gordon told him he disposed of the murder weapon – an iron bar – down a grid outside the doctor’s surgery on Priory Road.

Not as good as owning Murder Casebook No.25 and an LED magnifying glass, but these photos have been megasized by Topaz Studio AI, so you can zoom very far into the image. Detail may be odd in places as a result of the processing.

Click the images to view in full size, or save them to your device.

This entry was posted in Photo Gallery. Bookmark the permalink.