Newspaper clippings regarding members of a housebreaking gang which was highly active in Liverpool at the time of the murder. Included first is a timeline to make the information easier to digest, along with Wallace’s chess match dates.

??/02/1927: David Martin is caught with another man (John Melville) breaking into a shop. Martin spends 6 months in prison.

??/07/1930: Harold Charles Paine is caught with another man attempting to break into a home in Upper Norwood, South-East London.

??/08/1930: Fred Birtles is caught with another man (Frederick James Duffey) and are tried on charges of highway robbery.

06/11/1930: One of two possible days Parry may have seen Wallace at the chess club on a Thursday when his drama club met for rehearsals. Wallace was not scheduled to play a match and would therefore have attended for leisure.

13/11/1930: One of two possible days Parry may have seen Wallace at the chess club on a Thursday when his drama club met for rehearsals. Wallace was not scheduled to play a match and would therefore have attended for leisure.

William Herbert Wallace is scheduled to play a chess match on 24/11/1930 during this period but does not attend.

15/12/1930: The chess club meets but Wallace is not scheduled to play today, and presumably does not attend.

23/12/1930 – 06/01/1930: Harold Charles Paine and Joseph Shipley are caught breaking into “Lockerbie” House, Mossley Hill Road South. On the 30th of December they are remanded in custody for a week at Liverpool Police Court.

Wallace is scheduled to play a chess match on 05/01/1930 during this period but does not attend.

19/01/1931: James Stephen Hall, James Herbert King, Robert James Fisher, John James Hughes, and Harold Charles Paine break into and steal over £50 worth of cash and jewelry from a home in Ranelagh Drive.

On this same night Wallace is set to play a chess match and DOES attend. A man posing as “R. M. Qualtrough” rings the club at about 19:15 prior to Wallace’s arrival at the club, requesting he call on him the following night for business at 25 Menlove Gardens East, at 19:30.

23/01/1931: The youths are confronted and arrested for the robbery at Ranelagh Drive.

28/01/1931: Six of the nine youths in the gang are sentenced to prison (borstal/juvenile detention center), the other three are bound over.

18/09/1931: Robert Fisher and Joseph Shipley, having escaped from borstal, rob a home in Egham, Sussex, and are ordered back to the institution.

??/03/1933: David Martin and another man (George Overen) are charged with housebreaking.

03/02/1935: Joseph Shipley rides a ferry with a man by the name of John Payne, and dies after going overboard.

??/06/1935: John James Hughes is involved in a tragic accident where he runs down and kills a young girl. He is exonerated from blame.

Marked Chess Schedule: Circled are the dates when all of the gang members were out on the streets and the call ruse could have been used. It is not vital that all members of the gang are free even if they are involved, but for sake of simplicity I have marked it like this – just in case.

The final circle is on January the 19th and the call was patched through on this day: 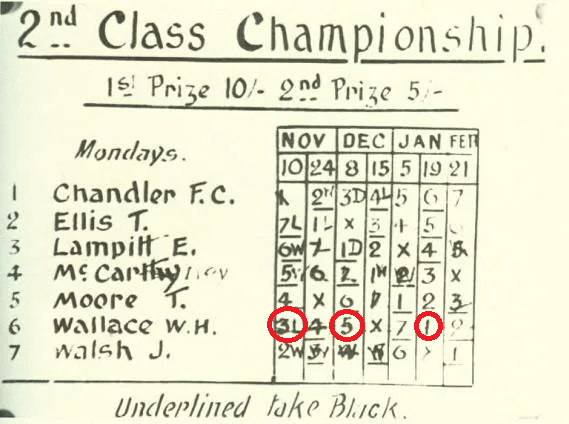 Newspaper Clippings: Click on an image to view it in full size. 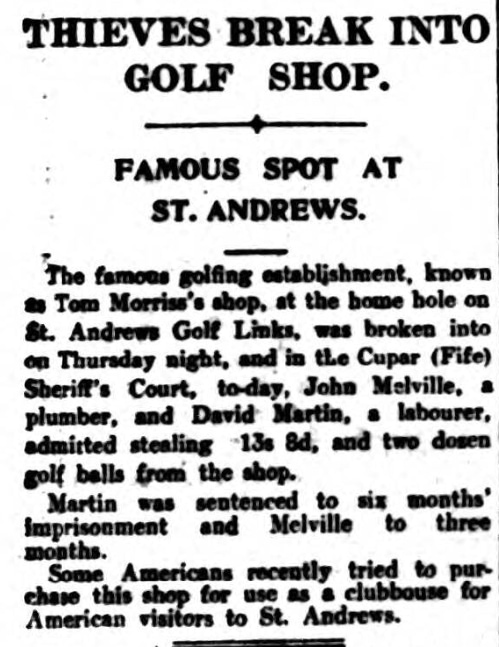 19th January 1931 (The Night of the “Qualtrough” Call): James Stephen Hall, James Herbert King, and Robert James Fisher – out on bail awaiting trial – break into and burgle 28 Ranelagh Drive. Harold Charles Paine also takes part in the robbery, entering by the fanlight over the front window then letting the rest of the boys in.

23rd January 1931: At 23:55 detectives go to the home of James Herbert King and accuse him of having taken part in the robbery. See the below news report for details of this and the robbery that took place on the 19th of January. On the same day the following article is printed in a newspaper: